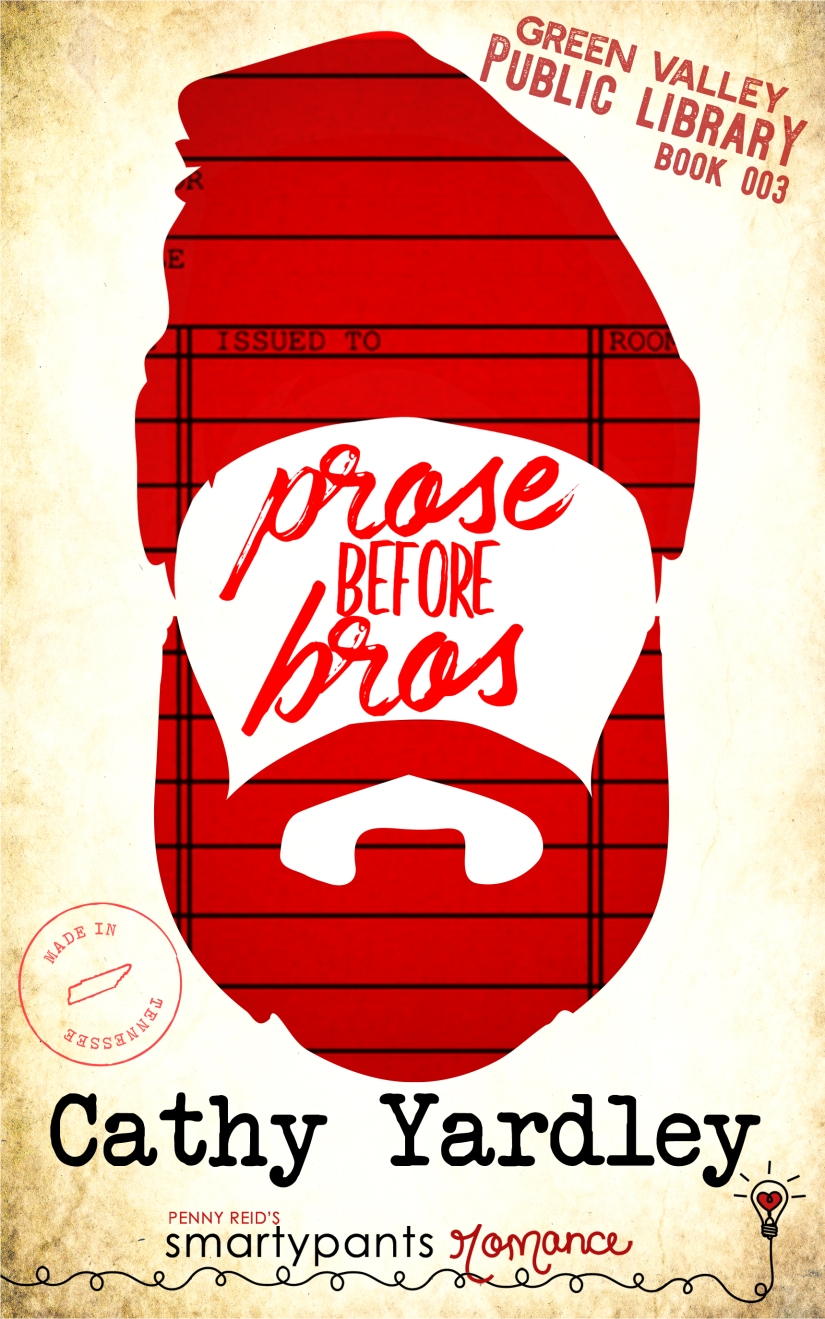 Nothing about being a librarian prepared Thuy Nguyen for such a wide variety of casseroles. Or life in a small town. Or becoming a farmer.

But what can she do when her catastrophe-prone best friend begs her for help? After all, Maddy has always been there for Thuy. It’s time to return the favor.

It’s simple really, all she has to do is: learn everything about farming ASAP, save her BBF’s family business from disaster, and avoid being caught staring at Maddy’s biker brother, and his muscles, and his smile, and his soulful, sexy eyes.

Oh yeah, and she should definitely not fall in love with him.

‘Prose Before Bros’ is a full-length contemporary romantic comedy, can be read as a standalone, and is book#3 in the Green Valley Library series, Green Valley World, Penny Reid Book Universe. 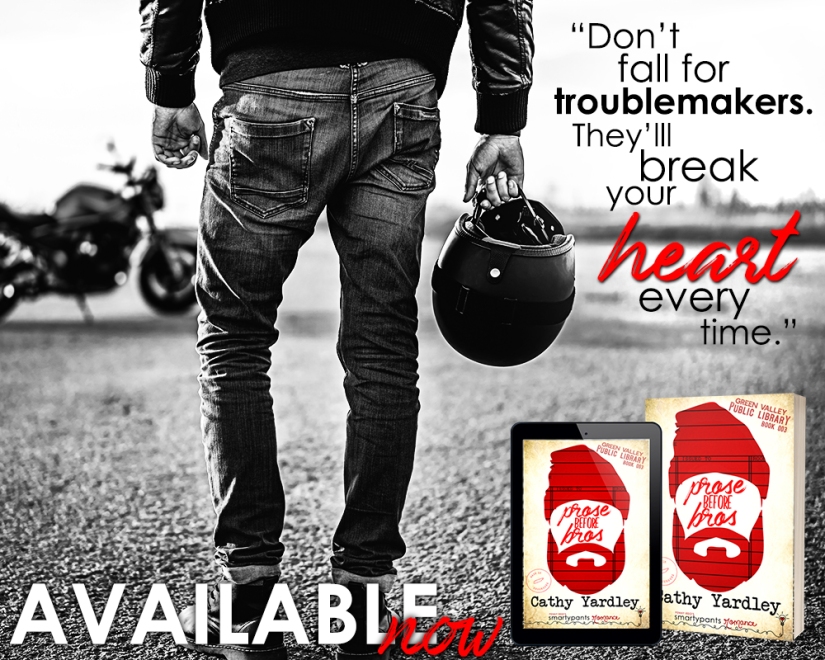 “Tell me: what kind of books do the men you sleep with read?”

She blinked. Not what she expected him to say. She felt herself smile, slowly. “It’s not like I have a required reading list,” she said, then paused. “Although now that you mention it, that’s not a bad idea.”

He chuckled. “Probably classics, or ‘literature’, or whatever smart people read,” he said, and there was a note of self-deprecation that somehow broke Thuy’s heart. She quickly shook her head.

“I don’t read a lot of lit fic — nothing too snobby,” she said. “I mean, I don’t just read literature or classics, although I appreciate them. I read lots of genre fiction, too. Romance, sci-fi, fantasy, mystery, thrillers. I think it’s important to read outside of your comfort zone: different authors, different experiences. I have comfort reads, too, but I… well, if you hadn’t guessed, I read all the time,” she finally said, as she realized she was rambling.

He was staring at her like she was something brand new, something he’d never experienced before. She felt embarrassed, and quickly finished her drink.

“You know,” he said, his voice tinged with amused surprise, “I don’t think I’m as passionate about anything as you are about books.”

She let out a half-laugh. “They are my favorite thing ever. They gave me a place to go when my life was shitty, and they have continually given me a reason to get out of bed in the morning. I read every single day. They’re my lifeline.”

“Now I envy you,” he said, and she got the feeling he wasn’t just bullshitting her — he sounded like he meant it. “What do you think a guy like me should read?”

She felt warmth, and it had nothing to do with the amaretto she’d consumed. This was the sort of challenge she loved. She scooted a little closer, so they could talk over the music without yelling. “What kind of movies do you like? What kind of stories?”

By the end of their talk, nearly two hours had gone by. She found out he liked adventure stories, and that he liked stories with justice and questionable heroes and things that had puzzles. She could think of several books, across several genres, and started to list them all.

“Whoa, whoa,” he said, holding up a hand. “I’m not going to be able to remember all of them. Which one of those is your favorite?”

She paused, thinking about it. “For a true book junkie,” she said slowly, “that’s like asking ‘which one is your favorite child?’ or ‘what appendage would you like to keep?’”

He laughed, and she smiled back at him.

“But, based on what you’ve told me,” she said, “I’d say The Name of the Wind, by Patrick Rothfuss.”

She must’ve looked skeptical, because he chuckled.

“It’s like seven hundred pages long,” she warned him.

His eyes widened, then he shrugged. “Okay, it may take a little while. But hell, I’m game.”

He was silent for a long moment, staring into her eyes. She squirmed as the heat from his gaze seemed to seep into her very bones.

“Do you really not know?” he asked, so matter-of-factly that she felt like an idiot.

He’s volunteering to read a book for you.

She felt heat suffuse her cheeks. That might be the single sexiest thing a guy had ever offered to do for her.

Cathy Yardley is an award-winning author of romance, chick lit, and urban fantasy, who has sold over 1.2 million copies worldwide. She writes fun, geeky, and diverse characters who believe that underdogs can make good and sometimes being a little wrong is just right. She spends her time writing in the wilds of East Seattle, riding herd on her two dogs, one son, and one husband.