Two single
parents and three adorable kids are about to have a summer they’ll never forget
in this sexy, heartwarming new novel of the New York Times bestselling
series.
Following the sudden death of his wife, Nathan Bell spent
nearly two years burying himself in work and neglecting his biggest
responsibility: his daughter. Overcome with guilt, he wants to connect with
little Marley, but he doesn’t know how to do it alone. And then Jenna Savage
throws him a lifeline.
A single mom of twins, Jenna is more than capable of taking
care of Nathan’s adorable two-year-old and wants to help Nathan however she
can. As the days go by and her attraction to Nathan grows, she can’t help
wondering what might happen if they became a family for real. And the closer
everyone becomes, the more right it feels.
Falling in love forces Nathan to face his biggest fear, and
when hearts — both big and little — are on the line, the only thing scarier
than needing Jenna and her kids so much is losing them all.
AVAILABLE NOW
Amazon |  Apple Books |  Nook | Kobo 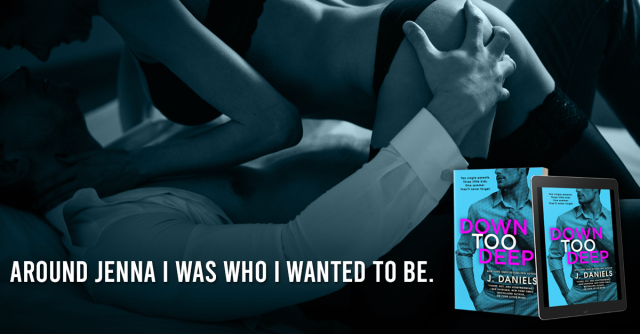 J. Daniels is the New York Times and USA Today bestselling author of the Alabama Summer, Dirty Deeds and Sweet Addiction series.
Best known for her sexy, small-town romances, her debut novel, Sweet Addiction, was first published in 2014 and went on to become an international bestseller. Since then, she has published more than ten novels, including the Dirty Deeds series with Forever Romance.
Daniels grew up in Baltimore and currently lives in Maryland with her husband and two kids. A former full-time Radiologic Technologist, she began writing romance after college and quickly discovered a passion for it. You’ll still catch her in scrubs every now and then, but most of her time is spent writing these days—a career she is eternally grateful for.
Always an avid reader, Daniels enjoys books of all kinds, but favors Romance (of course) and Fantasy. She loves hiking, traveling, going to the mountains for the weekend, and spending time with her family.
To receive an email when she releases a new book, sign up for her newsletter! http://bit.ly/jdaniels_newsletter
NEXT RELEASE: All We Want, book six in the sexy and hilariously charming Alabama Summer series. Now LIVE!
She loves meeting and interacting with her readers. Visit her website to see where you can find her! www.authorjdaniels.com
Twitter | Instagram | Website | Facebook | Amazon Author Page | Goodreads | Reader’s Group
Hosted By:

I’m a sucker for the single parent trope. Especially a single dad. This book was so much more than two single parents coming together. It just felt so very real.

Jenna Savage is the mother of 8 year-old twins, Oliver and Olivia. She works as a paralegal but can work from home during the summer to watch her kids. Nathan Bell is a single dad struggling to come to terms with his wife’s passing and has been neglecting his two-year old daughter, Marley. His parents have basically been raising her and decide it’s time for some tough love.

Nate is struggling to find care for Marley, and has to bring her into his restaurant that he owns. That’s how Jenna meets Nate for the first time. Marley ends up running around the restaurant and she offers to let Marley sit with her and her kids. She then offers to watch Marley until Nate can find someone else. Thus begins their journey.

Jenna is probably the most selfless character I’ve read in a long time. The woman always put everyone else first, and at first I struggled with that, but it was just her character, and in the end, I really loved it about her. She was a fantastic mom to her own kids, and became a great surrogate mom to Marley. I did wonder how she was able to get any work done with three kids around, but hey, it’s fiction….

Nate was also a great character. He was really struggling with his role as a single dad and a business owner. He had to grow up really quick once his parents inflicted tough love, and with Jenna’s help, he was really great. Watching Nate and Jenna’s friendship bloom into something more was really great as well.

The best part of this book, though, were the kids. The twins were great, as was Marley, and the fact that Nate and Jenna struggled to find time to be alone was a problem that real parents struggle with all the time. The entire story felt truly realistic and I loved it.

I can’t recommend this book highly enough. Please read it.