The heart is exquisite.

You’ll never hear anyone wax poetic over an organ quite like they do the heart.

When you’re lost in the world? Follow your heart.

When your love for someone is unwavering, unparalleled and unprecedented? You give them your heart.

As a lead pediatric cardiac surgeon, I knew better than anyone that the heart is equally as powerful as it is delicate.

The heart giveth just as easily as it taketh away.

And until the day Kelly Potter darkened my doorway that was all just part of the job.

She rolled in like a slow evening storm, fierce and beautiful, fighting for the life of her unborn child.

It should have been business as usual.

I was a doctor.

Her child the patient.

But Kelly was more.

She was the one who got away.

It didn’t matter what the rules were.

For once, I was listening to my heart. 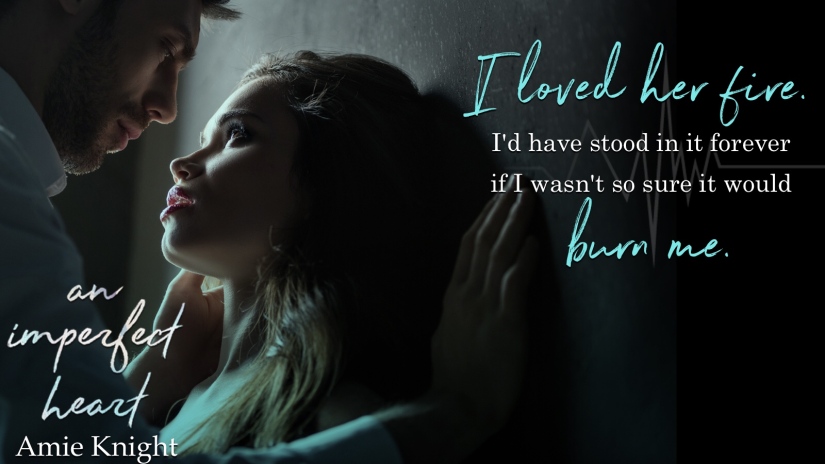 Download your copy today or read FREE in Kindle Unlimited!

“Jesus. You’re fucking gorgeous, you know that?” He ran a large hand from the spot right in the middle of my shoulder blades past the small of my back before landing on my ass where he squeezed hard enough to make me giggle.

“Not a doctor. Yet.” His voice was cocky, and it made me hot. “Still a ways to go before that happens.”

I could hear the smile in his voice even though I couldn’t see his face. I was lying on my stomach on top of his white plush down comforter naked as the day I was born. And not shy about it at all. He’d just laid his mouth, his tongue, his hands over every inch of this body several times and he’d seemed to enjoy every second of it.

I looked out the small window next to his bed while he was propped up on one hand beside me and using the other to rub every available surface of skin on my body he could find. It was phenomenal. I wanted to purr like a damn cat, but instead I stretched out further along his bed.

“I can’t believe you came home with me tonight,” he husked out.

I couldn’t believe it either. I wasn’t the type of girl who did one-night stands. I didn’t really have boyfriends, either. I was married to the music. Anthony Jackson wasn’t even really my type per se. I liked moody guys with tattoos and piercings. Boys with darker eyes and even darker souls. I was a walking cliché, but I liked the tortured musician types. After all, we were kindred spirits. Me and my hard, banging drums, them with their soft guitar riffs and raspy lyrical voices.

I rolled to my back and gazed up at Anthony. He waggled an eyebrow at me, and I bit my lip to hide my smile. He may not have been my type, but I was positive there wasn’t a girl out there who’d turn him down. Vivid and inquisitive green eyes stared down at me and God, I wanted him all over again.

And I’d had him plenty that night. We’d met at the club only hours ago. I was visiting my friend Ainsley in Columbia, South Carolina, and we’d run into Anthony and his college friends at a nightclub. Ainsley introduced him as an old friend. He’d come on strong. I’d come on even stronger. Hardly any alcohol in my system and yet I’d let him drag me back to his small apartment, between my legs aching with want. We’d barely made it through the door when he picked me up and placed me on the entry table and pushed his massive body between my thighs. Slick skin, hot hands, wet mouths. And the rest was history. Or maybe not.

No, Anthony Jackson wasn’t my type. He was everygirl’s type.

Square jaw that somehow managed to be both soft and hard.

Blond hair that was so thick and shiny I wanted to ask him what shampoo he used.

Not a tattoo or piercing marred the bronzed skin of his muscular body.

For fuck’s sake, even the man’s cock was pure perfection. Thick and long and cut just as beautifully as the rest of him.

He was surprised I’d come home with him. I couldn’t believe it, either. I realized in that moment, him over me. Me under him. The sweat still glistening on our bodies. His ruggedly handsome good looks beaming down at me like the sun on a bright day. For the first time in my life, I’d had a man. An actual real man. Not boys playing men. No, Anthony was all fucking masculine beauty and he’d picked me at the bar. I was one lucky girl.

Amie Knight has been a reader for as long as she could remember and a romance lover since she could get her hands on her momma’s books. A dedicated wife and mother with a love of music and makeup, she won’t ever be seen leaving the house without her eyebrows and eyelashes done just right. When she isn’t reading and writing, you can catch her jamming out in the car with her two kids to ’90s R&B, country, and showtunes. Amie draws inspiration from her childhood in Columbia, South Carolina, and can’t imagine living anywhere other than the South. 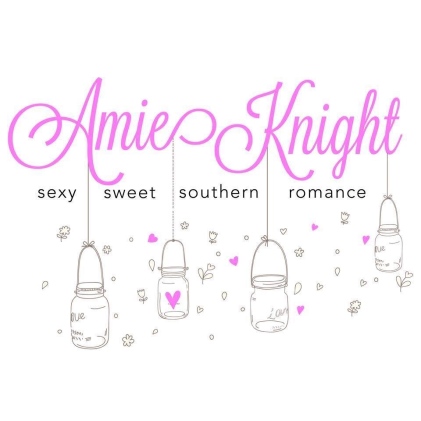 An Imperfect Heart is the story of Kelly Potter, a 32-year old musician who finds out that she’s not only pregnant, but that her child has a heart condition.  She does research on that condition and discovers that the best doctor to handle her child’s complicated post-birth surgery is Dr. Anthony Jackson, a man who Kelly had an amazing night with ten years ago that ended abruptly when Anthony literally shut Kelly out with no explanation.

Anthony has never forgotten Kelly. Things ended badly the morning after their amazing night and he’s always regretted it. Imagine his surprise when Kelly shows up at his hospital asking him to perform the surgery for her daughter.

The only problem is Kelly has literally nothing. She has no money, no savings, no job. I found this part to be kind of annoying and ridiculous. How does a 32-year old woman have nothing to her name. She shows up to Anthony and he basically has to take her in, because she has been staying in a ratty hotel.

While I did like Kelly, I had a hard time with her hard-partying back story. I couldn’t relate to her at all in that regard, but once she found out she was pregnant, she completely changed her ways and was very devoted to finding the best care for her daughter.

And Anthony – there are no words to accurately describe what a wonderful character this man is. He is giving, caring, loving and pretty much every other ing word you can think of.  He didn’t waste any time helping Kelly, and the reason he was so mean on that day 10 years ago was completely not what I was expecting.

This book has a great epilogue and a wonderful ending. This was a really great read and I would recommend it.