Ten Tuesday is a weekly meme that originated on The Broke and The Bookish. As of January 2018, it moved to That Artsy Reader Girl.

This week’s theme is: Books I am no longer interested in. I’m changing up for myself, so my topic is AUTHORS I NO LONGER READ.

Janet Evanovich. I used to love her Stephanie Plum novels, but the last few I read (18-20), it seemed like she stopped caring about the writing and cared more about the profits. I gave up after 20; it was utter trash.

Robert Crais. I loved his Joe Pike character. No real reason for the rift besides I mostly read romance now. This is one good looking man though…. 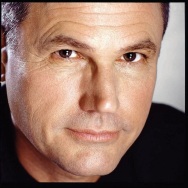 Jonathan Kellerman. I was madly in love with Alex Delaware. He was my first book boyfriend. The stories got boring after a while, and I hated Alex’s girlfriend, so I stopped reading. My parents still read him though.

Dan Brown. I got caught up in the whole “DaVinci Code” mania. I liked Angels and Demons better, and LOVED Deception Point, but then lost interest in Robert Langdon and stopped reading.

James Patterson. I could never get into James Patterson’s short chapter writing style, and I only read his Bennett series, but I eventually lost interest. Plus he doesn’t write half the stuff that has his name on it.

John Grisham. Read all of his early works, but eventually, all the stories felt the same to me. I did love his books Bleachers and Playing for Pizza, which were NOT set in the legal world.

Steve Berry. I love Cotton Malone, but the books are VERY long and some of the content is very cumbersome, and I lost interest. My mom is still a big fan though.

Kristen Ashley. I went through a major Kristen Ashley phase about 7 years back and read almost everything she wrote. Rock Chick is one of my favorite books. But her books are really, really long and the stories aren’t as great as they used to be. 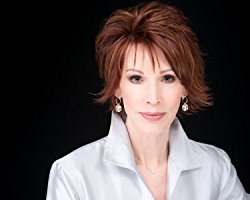 Iris Johansen. I read most of the Eve Duncan series, and I felt like bad things kept happening to her, and then there was the thing with her daughter…. Just lost interest.

Do you have any authors you no longer read?